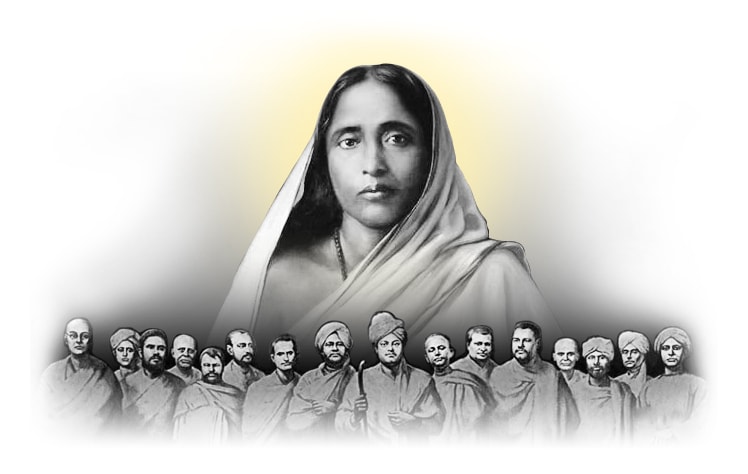 Born in 1836 in a pious Brahmin family at Kamarpukur, a remote village of west Bengal, Sri Ramakrishna attained an exalted state of spiritual illumination that had never before been achieved by any other religious genius in India or elsewhere. Shortly after the passing away of this prophet of harmony of religions, in August 1886, a monastic order bearing his name was organized in pursuance of his own instructions, with a monastery (Math) at Baranagore, a northern suburb of Kolkata, by his Sannyasin disciples headed by Swami Vivekananda. Gradually it set for itself a two fold ideal : to create a band of Sannyasin teachers of Vedanta as propounded by Sri Ramakrishna and practically illustrated by his own life; and in conjunction with the lay disciples to carry on missionary and philanthropic work, looking upon all, irrespective of caste, creed or colour, as veritable manifestations of the Divine. For some time the latter work was carried on through an association called the Ramakrishna Mission Association, started by Swami Vivekananda in May 1897, shortly after his return from the West.

In 1899 he shifted the Math, which had changed places by then, to its present site at Belur, across the River Ganga, about six kilometers north of Howrah railway station, where it set itself more vigorously to the task of training a band of monks inspired with the twin ideals of Self-realization and service to the world. Soon after this, the Math authorities took upon themselves the work of the Mission Association.

The Ramakrishna Math was registered as a trust in 1901. To facilitate the work of the Mission Association and for giving it a legal status, a society named the Ramakrishna Mission was registered in 1909 under Act XXI of 1860. Its management was vested in a Governing Body. Both the Math and the Mission gradually extended their spheres of activity as a result of which a number of branches in different parts of the country and abroad came into existence. 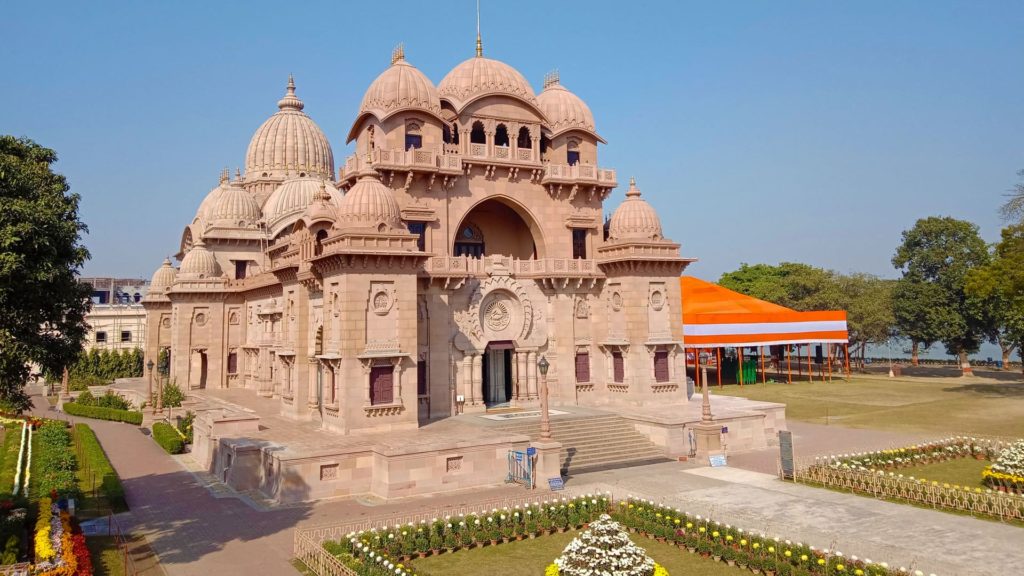 It was the aim of Swami Vivekananda to found an institution where thousands of young men would be provided with the means of attaining their own liberation and of dedicating themselves to the service of humanity. The Math centre started for this purpose was shifted in January 1899 to Belur, on the western bank of the river Ganga, six kilometers north of Howrah railway station. Associated with the holy lives of Swami Vivekananda and his brother-disciples, Ramakrishna Math, Belur, or the Belur Math as it is popularly called, with its spacious grounds and serene atmosphere, is a place of pilgrimage for sincere seekers of Truth.

The course of spiritual life in the Math is going on uninterrupted and a number of selected young men, both Indian and foreign, are initiated into brahmacharyaand sannyasa. In the Training centre for the brahmacharins of the Order, regular classes on philosophy and religion are held by competent teachers. An attractive feature of the Math is the magnificent stone temple of Sri Ramakrishna with its spacious natmandi r (prayer hall), beautiful domes, etc built in 1938. It is the most remarkable temple of its kind in eastern India. There are also small temples and shrines in memory of Sri Sarada Devi and Swamis Vivekananda, Brahmananda and Shivananda. The room where Swami Vivekananda lived and attained Mahasamadhi is also preserved.

In the year 1984, Nilambar Mukherjee’s garden House of sacred memories, adjacent to the Belur Math premises, was acquired. The Math, prior to its shifting to the present site, was run from this place for about a year. The building was sanctified by Sri Sarada Devi, who stayed there on several occasions and also performed intense austerities. The room where the Holy Mother lived is being maintained as a shrine. These premises have been named old Math.

The Headquarters of the Math as also of the Mission, located at the Belur Math, regulate the activities of all the Math and Mission branches.
For more details please visit: www.belurmath.org